What’s the Difference Between a Cold and the Flu? 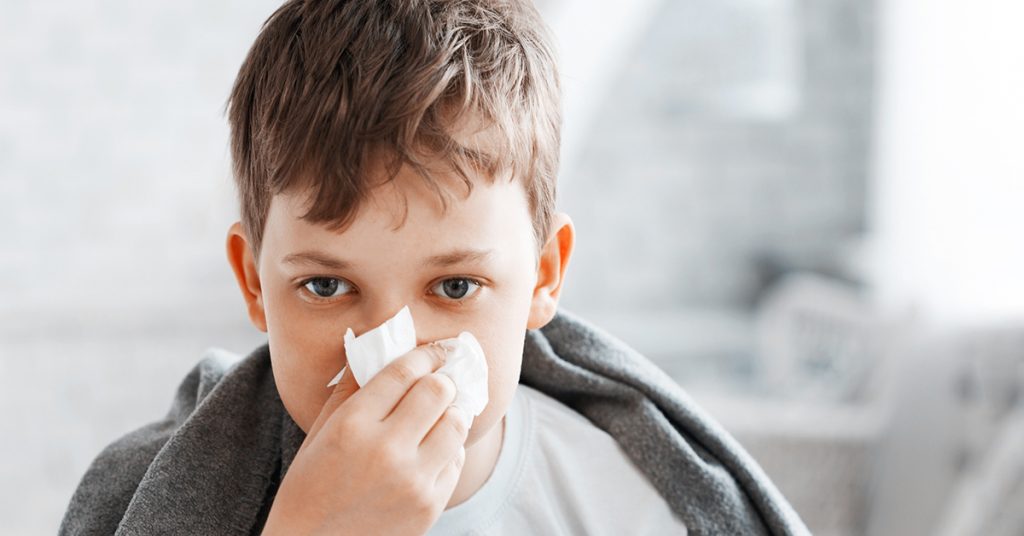 During cold and flu season, you probably take extra precautions to prevent your family from getting sick. You enforce hand washing, disinfect surfaces, and have the whole family vaccinated. But even when you do all the right things, there is still a chance of your child coming down with a cold or the flu.

The Centers for Disease Control and Prevention (CDC) estimates that an average of 8% of the US population gets the flu each year. And according to the American Lung Association, adults in the US average two colds per year, while children get between 6 and 8.

If someone in your household gets sick this winter, it’s helpful to learn the difference between cold and flu so you can give them the best care.

The flu and the common cold are both caused by viruses that affect the respiratory system. While symptoms can be similar, the viruses are different.

What are the Differences Between Cold and Flu Symptoms?

There is a lot of overlap in cold and flu symptoms, but there are key factors that differentiate them. If you keep track of the severity of symptoms and how quickly they develop, you can tell the difference between cold and flu.

Cold symptoms usually develop gradually over a couple of days. Cold symptoms are usually milder than flu symptoms. Most colds will resolve themselves in 7 to 10 days, but some cases can last 2 weeks.

Common colds cannot be treated with antibiotics because they are caused by viral infections rather than bacterial infections. Most colds resolve themselves within 10 days and they just have to run their course.

Rest and hydration are the best way to treat a cold. Symptoms can be treated with over the counter medications to relieve pain and discomfort. Some effective medications include antihistamines, acetaminophen, NSAID pain relievers, and decongestants. When choosing a pain reliever for your child, remember not to give them aspirin.

If your cold has not improved at all after about a week, or you start running a high fever, see a doctor.

Just as with a common cold, the flu is not treatable with antibiotics because it is viral. Some antiviral drugs can be prescribed by a doctor to shorten the duration of the flu. They can also prevent complications like pneumonia. These medications are usually only effective if they are given within 48 hours of your child getting sick.

There is also evidence that getting a flu shot can decrease the duration and severity of symptoms if your child is infected with a strain of the virus not included in the current year’s vaccine.

Holly Springs Pediatrics offers comprehensive treatment for children, including preventive care and sick visits. Whether you need to vaccinate your child or they do get sick this cold and flu season, we will be here to provide care. If you have questions or concerns about your child’s health, call our office at (919) 249-4700 to make an appointment.

Child Well-Visits: 8 Questions to Ask at Your Next Appointment

How may we help you?

Select a medication above to begin.

How to Keep Your Child Healthy This Flu Season

Flu season is here, and with the Covid-19 pandemic, preventing the spread of respiratory illnesses like the flu is even more important this year. Everyone is susceptible to influenza (flu) due to its highly contagious nature, but children are particularly susceptible to the spread of the illness. Children under the age of five are at […]